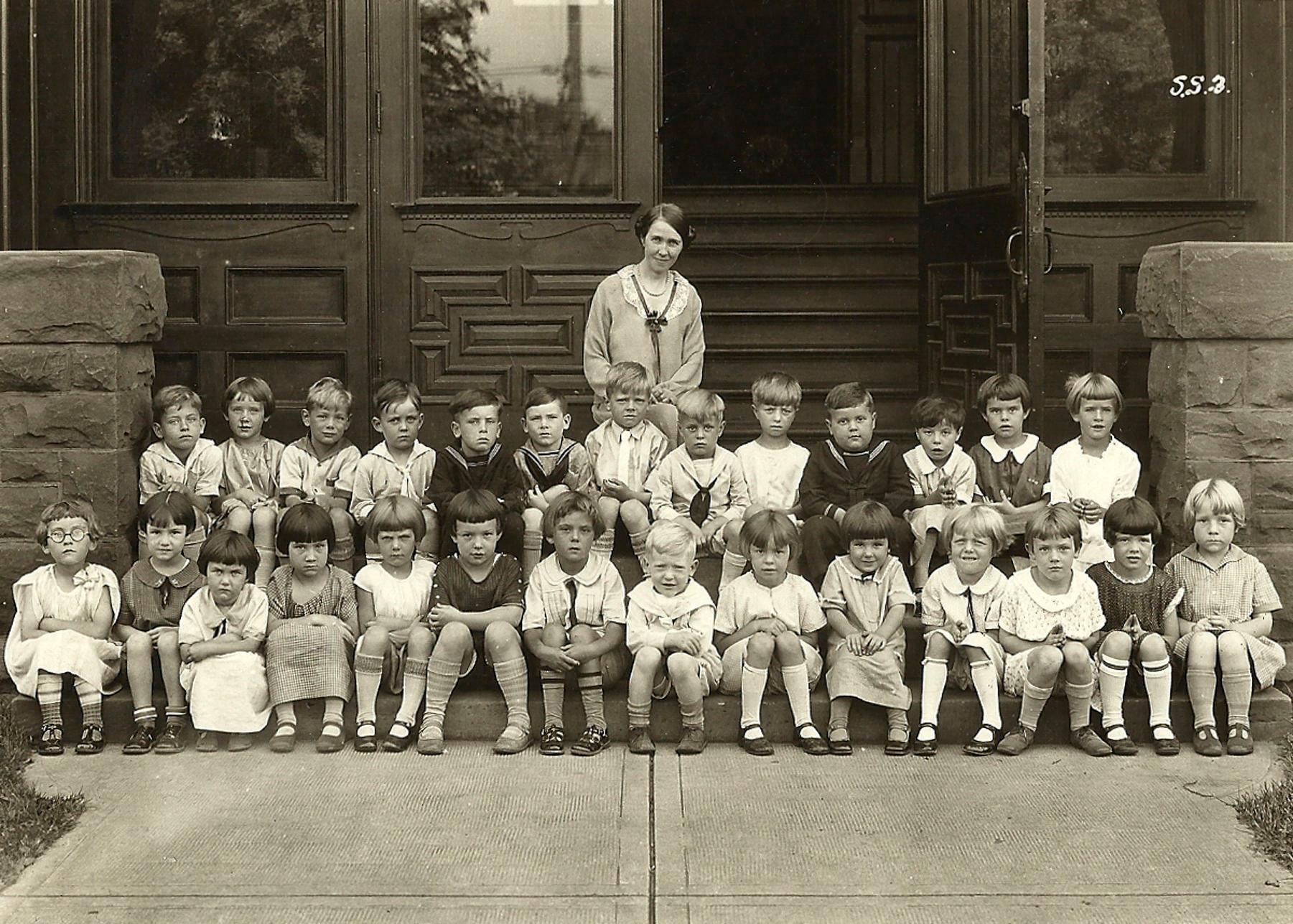 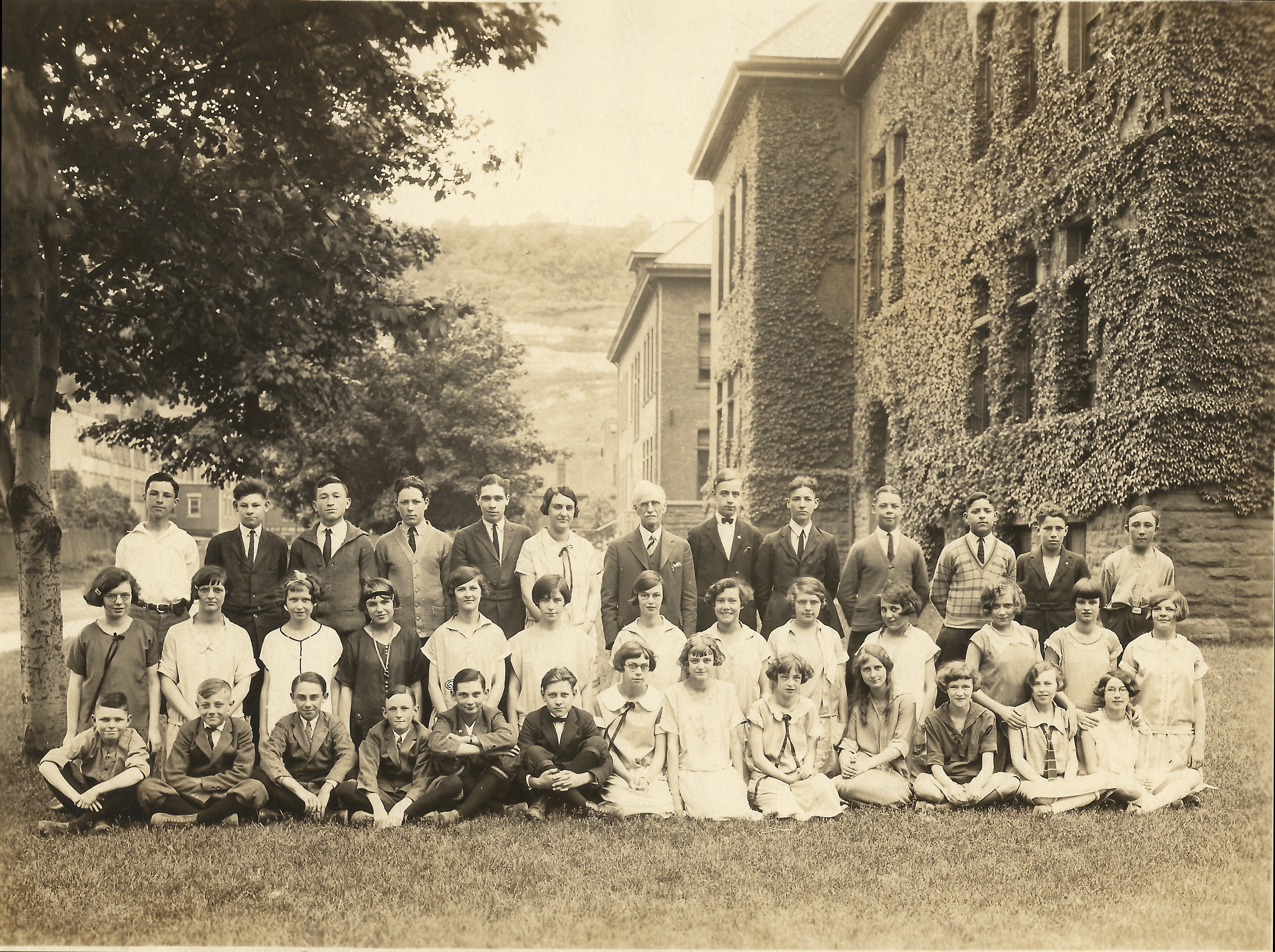 Not only is the Stinson Street School a landmark for the Stinson community, but also for the City of Hamilton.

The property for the school, bounded by Ontario, Stinson, Grant, and Alanson was purchased in May of 1894.
The cornerstone was laid in September of 1894. The building consisted of 10 rooms each measuring 25 x 33 feet that could accommo-date up to 50 students. An attractive arch measuring 16 ft wide x 13 feet high creates a prominent entrance way to the school. The building and the later addition were both designed by local architect, Alfred W. Peene.

The School was designed in a Romanesque Revival style inspired by the American architect, Henry Robson Richardson. The Richardsonian Romanesque features of the School reflect the rug-ged Niagara escarpment which acts as a backdrop for the school. 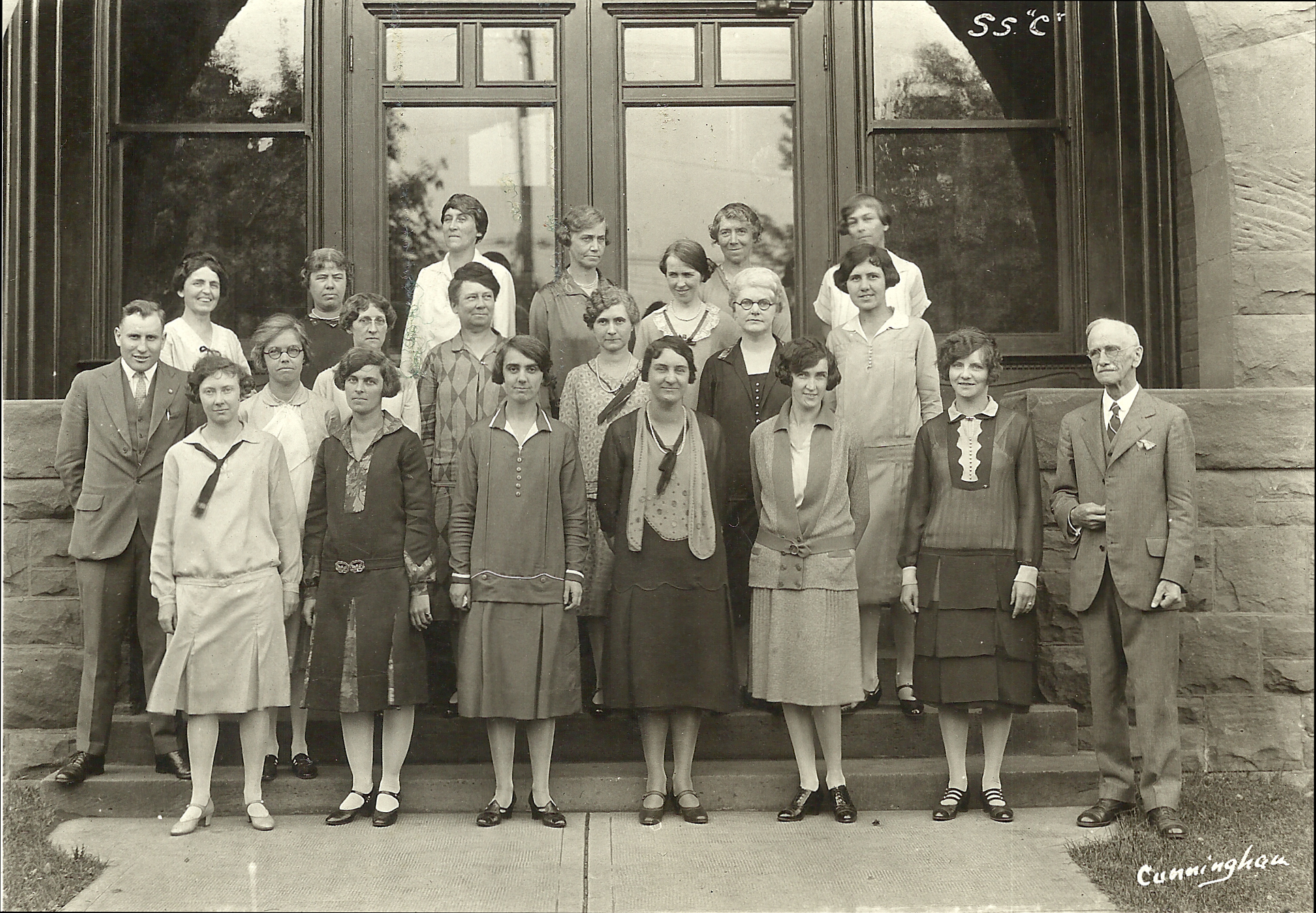 The school accepted its first pupils on May 20, 1895. The official opening day was September 4, 1895. It is interesting to note that the nearby Wentworth Incline opened in August of 1895. A small segment of Stinson’s pupils lived above the escarp-ment and the incline was a quick and easy way of getting home. In September of 1914, a separate 10 room addition was completed to the south of the original building. In 1959, the gymnasium/assembly hall was added and a school library was created in 1978. 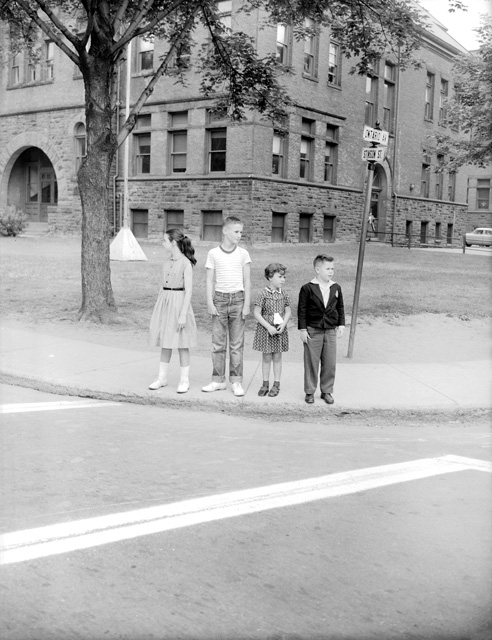 Stinson Street School is the only one of the three nineteenth century public schools still standing in Hamilton that has been continuously and entirely devoted to educational purposes, and the only one to have never faced the threat of demolition. It is the last surviving Richard-sonian Romanesque public building in Hamilton. 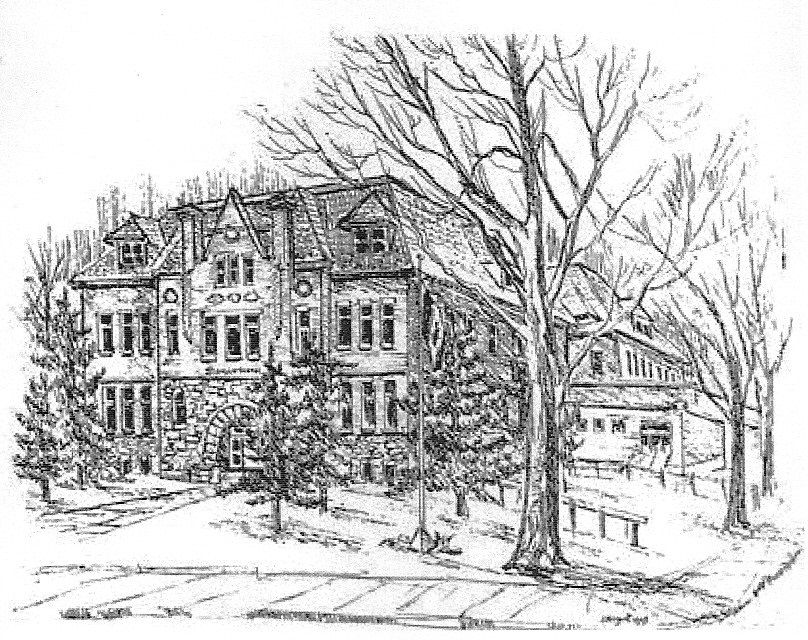